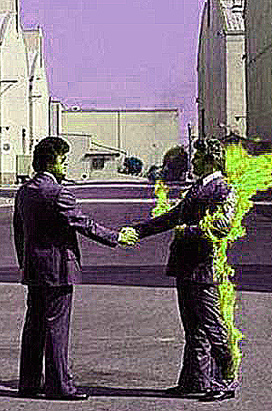 “Capturing what made Pink Floyd iconic is a hard thing to do, and Pigs on the Wing come as close as anyone we’ve heard. That looming mystique, that inscrutable grandiosity......Those qualities are alive and well with Pigs on the Wing.” - Adam McKinney, OLY ARTS 5/10/17

Rising from the ranks of the NW’s underground music scene, Portland’s Pigs on the Wing enters their 15th trip around the sun as the NW United States’ undisputed premier tribute to Pink Floyd. Since the band’s debut one-off performance in October 2006, Pigs on the Wing has steadily developed a reputation for delivering a high quality, high energy take on Pink Floyd’s music and balancing a decidedly un-tribute like attitude towards the music with a deep understanding of the importance of Pink Floyd’s music in many fans’ lives. The result is a sound and experience both refreshing in delivery and yet true to the original – something the band believes sets it apart from other Pink Floyd tributes. Pigs on the Wing’s intense live performances are an expansive audio-visual experience that has expanded from regional shows to include a commanding presence in the Western United States including Oregon, Washington, Idaho, and California.